There are so many things to do on this property, for sure there is no shortage. 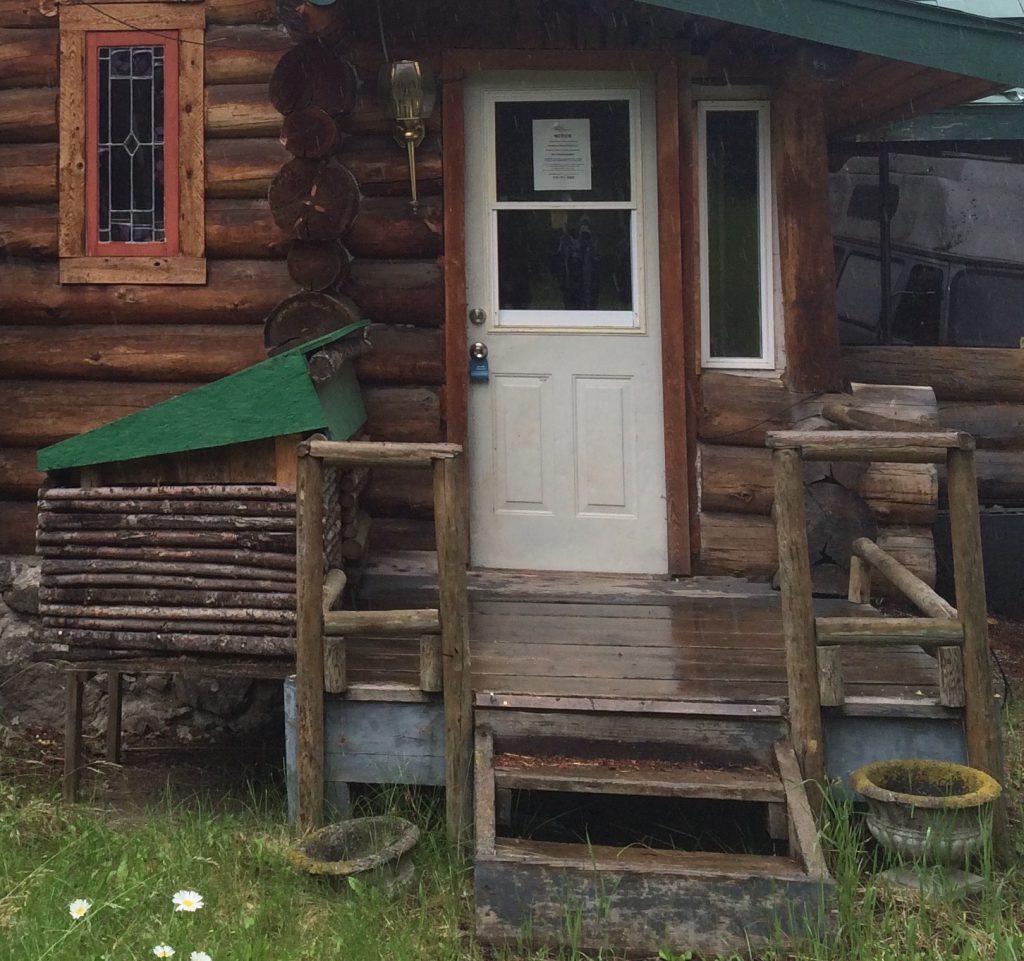 We have decided to work on the small cabin and try and get it ready for winter trips up, but 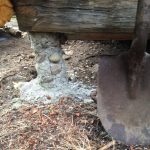 there were some things that needed attention at the main cabin.

This is the concrete post that was holding up the corner of the entry way.

So that had to be fixed for sure as we would be going in and out.

The corner was jacked up and Scott levelled things up.   That piece of concrete disintegrated as soon as the weight was taken off of it.  I don’t think it would have lasted much longer.


It looks like the rock used when making the concrete was way oversized.  More like boulders. Typically when making concrete you would use smaller gravel.

Because we are recycling whatever we can.  It can be a challenge sometimes to find what you need. 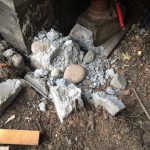 Wandering around the property we found a few concrete blocks that a large propane tank had sat on at one time.

These came in handy for blocking up the corner of the entry way and fixing up the porch and stairs.

I know this part is going to drive Scott crazy as nothing seems to be level in the old place.

The entrance was far from level and neither was the porch.  So things got tweaked and jacked up and levelled up as best as could be and a new post was put in to hold up the corner of the entrance. 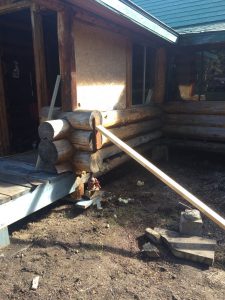 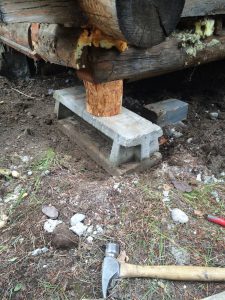 The porch, dog house and all was taken off when the corner of the entrance had to be levelled up so we decided to make a smaller porch, using what we could of the existing lumber and whatever else we needed would come from some lumber that we had come across out back. 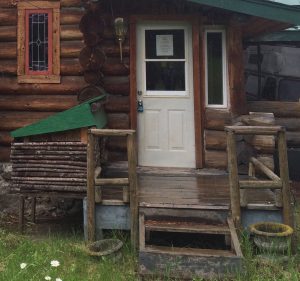 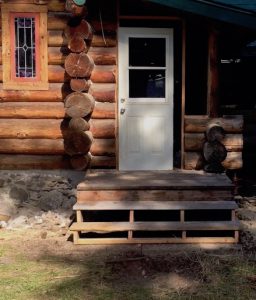 Well I have never put a window in before, but Scott has sprained his ankle and someone has got to do it.  Here we go….. 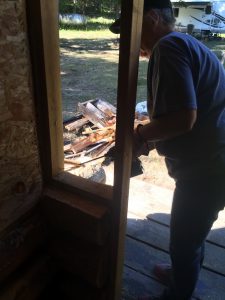 I’m the one that usually takes most of the pictures, so I don’t have many pictures on how to replace a window.

I had Scott sitting in a chair outside with ice on his foot, giving me instructions on what to do. It went better than I thought.  The window is now in and looks fine.  Then came the door……