Taking off the old roof was going to be fun,  those darn packrats decided it was theirs as well, all the insulation in the roof had been packed down on the bottom and nothing left at the top.

So how to replace a roof?  The first thing is to take the old one off.  We ripped all the shingles off, tore off the plastic vapour barrier and pulled out all the old insulation.

When we were taking this one off we noticed that who ever put on the original roof put the poly in between the roof and the shingles which is not correct.  The poly should have been place on before the insulation to create a vapour barrier. 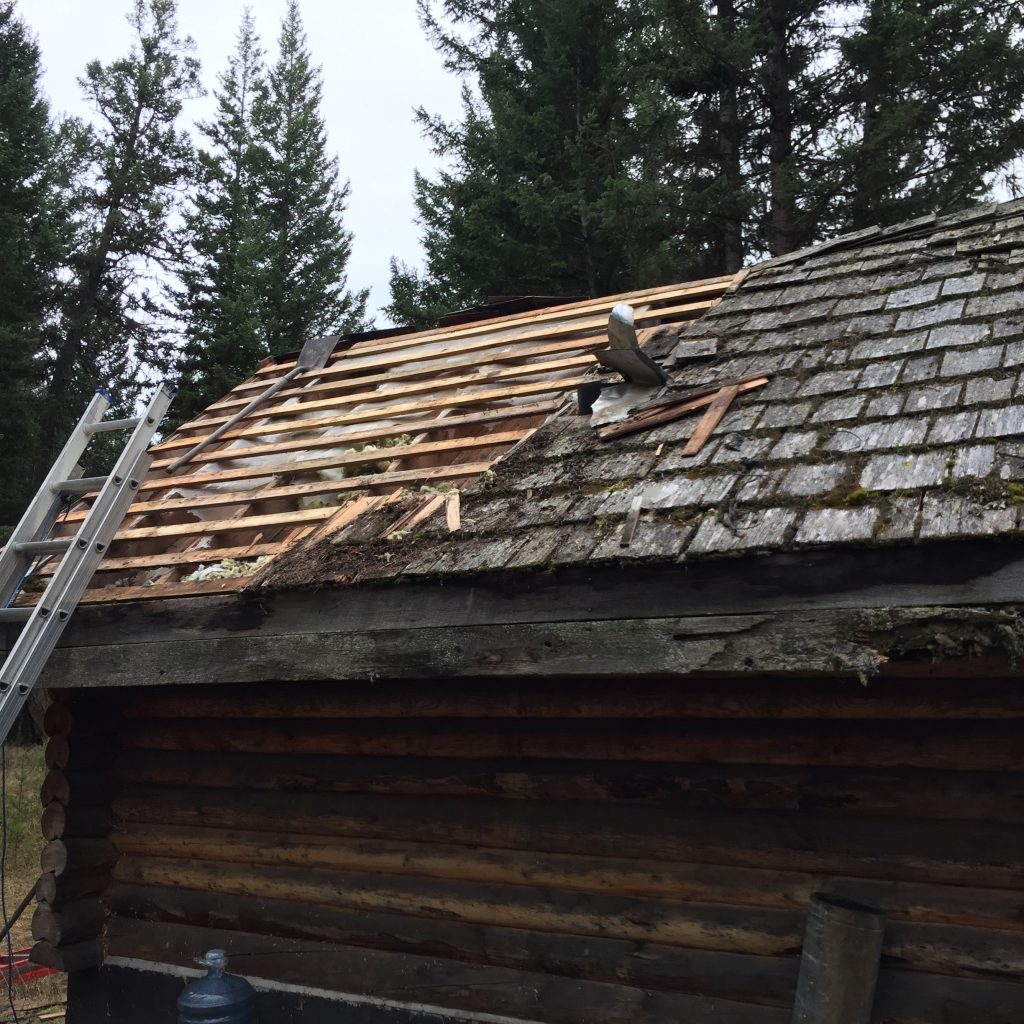 So we worked away at getting the old shingles off, and decided to put them in a pile to use them later for bird house projects with the grandchildren. 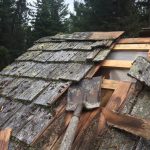 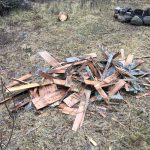 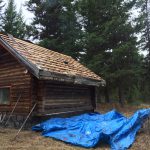 So it would seem that the best way to get that mess of insulation out was to place a tarp down, remove the bottom boards and pull it all out to fall onto the tarp.

One thing about pack rats is they leave a nasty smell behind.  You will definitely know if you have one of those creatures lurking around. 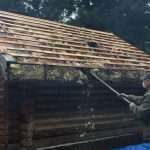 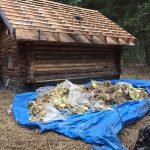 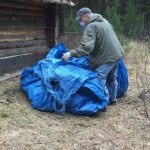 After we got the insulation and poly off the roof we scraped and scrubbed it with pine sol, covered the roof and came back the next day to have a look.

The roof was not in too bad of shape.  There just seemed to be a small area that needed some major cleaning.  To clean this I made a mixture of tea tree and lavender essential oils to spray.  Tea tree is known to be a powerful disinfectant and if we can do things naturally that works best for us.

Then the roof was covered with tarps again and left to air out for a couple more days.

When we came back we noticed the smell was now gone but sprayed the roof one more time with the tea tree lavender mix and went on the hunt for materials to redo the roof.

At a later date we will begin working on the main cabin, but in the mean time we will take from it materials we need for the small cabin, so the first thing is to replace the small cabin roof.

In the basement of the main cabin the walls have OSB boards, foam insulation behind that and then the foundation, because we wanted to have a good look at the foundation the OSB and insulation was coming off. 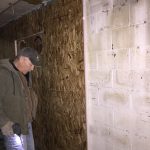 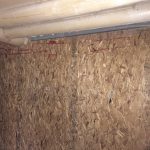 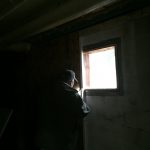 The foam insulation us going to be used as the vapour barrier for the small cabin roof.

Go to Installing the metal roof to see what we did next.